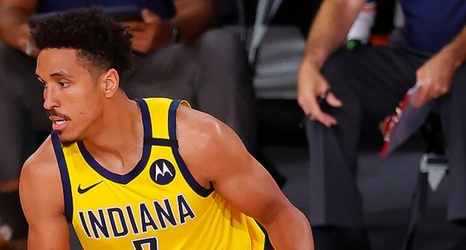 The Pacers headed to halftime on Tuesday afternoon in Orlando trailing the Miami Heat, 56-52, in Game 1 of their best-of-seven first round playoff series.

The Heat scored the first five points of Tuesday's game and jumped out to an 8-2 lead after a Duncan Robinson 3-pointer. But the Pacers clawed back thanks to T.J. Warren and Malcolm Brogdon. Warren hit his first two shots while Brogdon tallied six points and three assists in the first eight minutes, dishing ahead to Edmond Sumner for a breakaway layup to give Indiana its first lead, 20-18, with 4:09 remaining in the first quarter.