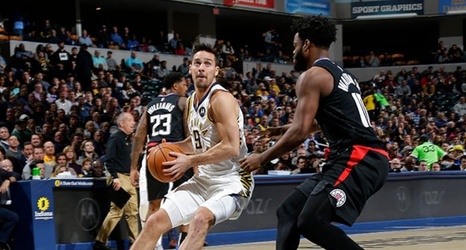 Finally back at Bankers Life Fieldhouse, the Pacers headed to halftime on Monday night trailing the Los Angeles Clippers, 60-48.

While the Pacers were back at home for the first time in a week after a five-game road trip, the Clippers were on the second night of a back-to-back on Monday, having played in Washington on Sunday night. Perhaps it was no surprise, then, that both teams looked sluggish early in Monday's contest.

Each team started the night 3-for-14 from the field with seven combined turnovers. As the clock dipped past the halfway point in the first quarter, the score was just 8-6 in favor of the Pacers.