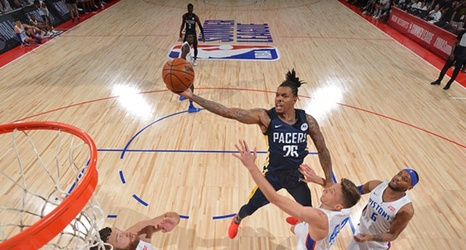 After one half of Summer League action, the Pacers trail the Pistons 46-35.

DeVaughn Akoon-Purcell led the Pacers in scoring in the first half with 10 points, while Alize Johnson took care of business on the glass with five rebounds.

For the Pistons, Jarrod Uthoff was the leading scorer, notching 11 points and blocking two shots.

The Pacers struggled offensively in the first quarter, making just three of their first 10 looks from the field. But even with the sluggish start, Indiana still managed to grab their first lead of the game six minutes in when MiKyle McIntosh drove inside for a layup.