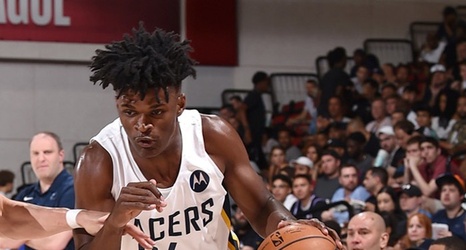 After one half of play, the Pacers trail the Hawks 39-31 at the Las Vegas Summer League.

Alize Johnson led the Pacers in scoring in the first half, notching 13 points to go along with six rebounds.

For Atlanta, Jordan Sibert led the way with 12 points.

The Pacers had a coaching surprise when Tim Dather, Indiana's head video coordinator, was given a chance to be the head coach for the matchup with the Hawks by Mad Ants and Summer League head coach Steve Gansey.