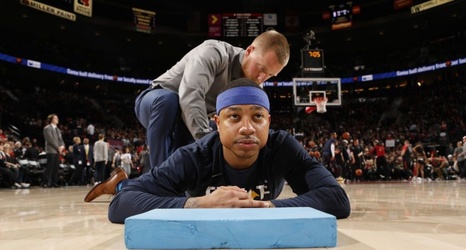 The Denver Nuggets are amid a playoff run and the two-time NBA All-Star, Isaiah Thomas hasn’t even sniffed the court.

This time two years ago, the thirty-year-old point guard was coming off a 53 point outing in a 129-119 win over the Wizards to give Boston a 2-0 series lead. The Celtics would go on to beat Washington in six games, but not before their leading scorer aggravated a hip injury that eventually ruled him out for the rest of the playoffs.

The emerging star required surgery to repair the damage; however, the ailment would continue to afflict him.