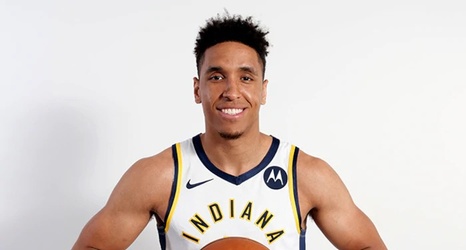 With training camp just a few weeks away, Sports Illustrated has begun its annual exercise of ranking the top 100 players in the NBA.

They've revealed 70 players so far over the past two days, and four different Pacers make appearances in the rankings.

First up was big man Domantas Sabonis, who came in at 76th in this year's rankings, up three spots from a year ago. Sabonis is coming off a stellar year, where he set an NBA franchise record for single-season field goal percentage and led the league in double-doubles off the bench.