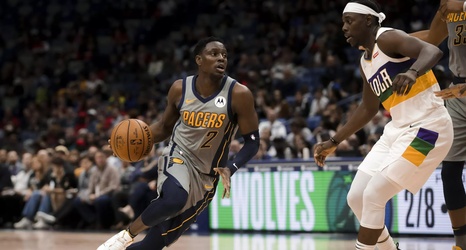 After leaving the NBA bubble to receive treatment for plantar fasciitis and missing the entirety of the playoffs and seeding games, Domantas Sabonis has expressed interest in joining Lithuania’s National Team for the upcoming FIBA EuroBasket Qualifiers, his country’s basketball federation announced on Wednesday with the release of their official 25-man player pool.

According to Donantas Urbonas of 15min.lit, Lithuanian National Team officials are attempting to formalize things with the Pacers for Sabonis to play qualifying games during the upcoming FIBA windows at the end of November against Denmark and Belgium.