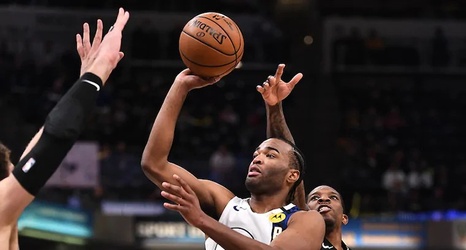 Doug McDermott was following T.J. Warren's career long before he became a teammate, even before they entered the NBA in 2014.

Back in the 2013-14 season, when McDermott was finishing up a four-year collegiate career at Creighton, McDermott kept an eye on a sophomore forward at North Carolina State named T.J. Warren who was about to enter the NBA Draft, even if only in box scores.

"When I was up for the awards and stuff, he was always there, too," McDermott said Wednesday after the Pacers' drought-quenching 118-111 victory over Milwaukee. "So, people were always comparing us in college.