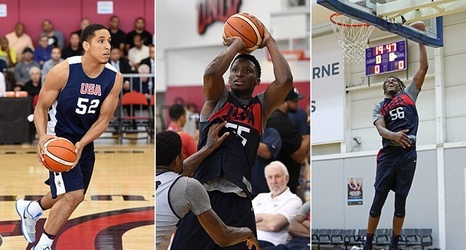 Featuring 29 players who have played for the USA in Olympic and/or FIBA World Cup competitions and who together have collected 31 Olympic or FIBA Basketball World Cup gold medals and four bronze medals, the 44 finalists for the 2020 U.