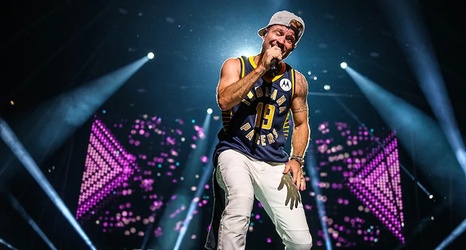 The Backstreet Boys rocked Bankers Life Fieldhouse on Tuesday night with a show that featured a special surprise for Pacers fans. The iconic boy band is celebrating 26 years of music with their millions of devoted fans while on their DNA World Tour.

The quintet of Nick Carter, Howie Dorough, Brian Littrell, AJ McLean, and Kevin Richardson had the capacity crowd at the Fieldhouse on its feet throughout Tuesday's concert, performing classic hits like "Everybody (Backstreet's Back)" and "I Want It That Way" along with new songs off their latest studio album, "DNA."

After finishing their main setlist, the group returned to the stage for their encore wearing custom Pacers jerseys, with the number 19 and each respective band member's last name on the back.