Pacers Weekly: Indiana Looking To Break Out Of Recent Slump On Road Trip 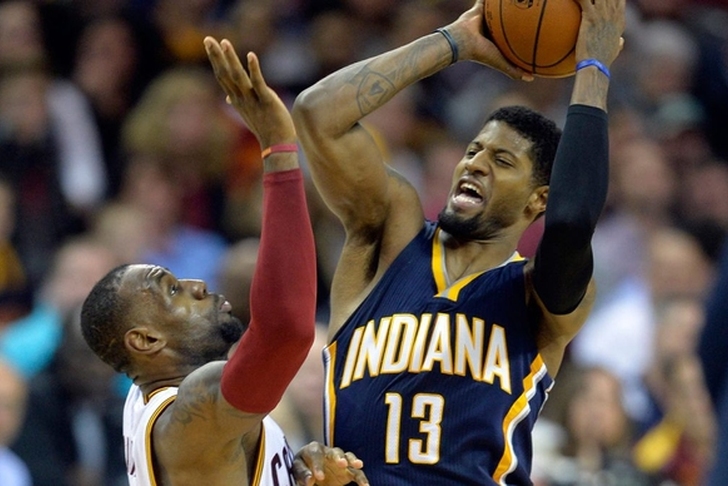 The Indiana Pacers got off to a strong start after the All-Star break, pulling out victories over the Oklahoma City Thunder and Orlando Magic, but they have struggled mightily since then, dropping into a tie for seventh place in the Eastern Conference standings. Let's get you up to speed with the week that was and the week ahead with our Pacers Weekly update:

Last Week:
Indiana started last week with a disappointing 101-93 loss to the Miami Heat in overtime, despite 31 points from Paul George and having a double-digit throughout most of the first half.

They rebounded quickly with a 108-105 win over New York Knicks last Wednesday at the start of a three-game homestand, but that was the only win they would get on that stretch. They fell victim to a 96-95 loss to the Charlotte Hornets on Friday night thanks to a buzzer-beater from Hornets point guard Kemba Walker, then suffered a 111-102 defeat at the hands of the Portland Trail Blazers thanks to 33 points from Damian Lillard - 20 of which came in the first quarter.

On Monday, Indiana had perhaps their strongest performance of the week, going back and forth with the Eastern Conference-leading Cleveland Cavaliers. The two sides traded the lead countless times throughout the course of the game, but it was the Cavs who made the plays they needed to down the stretch to emerge victorious. The game was marred by a bit of controversy as Paul George's three-pointer with just minutes to play was nullified on replay, keeping Cleveland within striking distance.

What's Next?
The Pacers will continue a four-game road trip this week which started with their loss to Cleveland. A game against the Milwaukee Bucks tonight will be their first chance to snap their losing streak, a team they lost to in their last matchup on New Year's Eve.

Friday will bring a rematch with the Hornets, followed by a game against the Wizards on Saturday. Indiana is looking to avoid a season sweep against Washington, who has beaten them in their two previous meetings.

The Pacers will then return home at the start of next week, hosting the San Antonio Spurs on Monday, March 7. Read more Pacers news in the Chat Sports iPhone and Android apps.

Injuries:
Forward C.J. Miles will miss his sixth straight game with a strained left calf tonight against the Bucks. Miles is not with the team in Milwaukee, and the Pacers haven't commented about his long-term prognosis, other than saying he is "day-to-day."