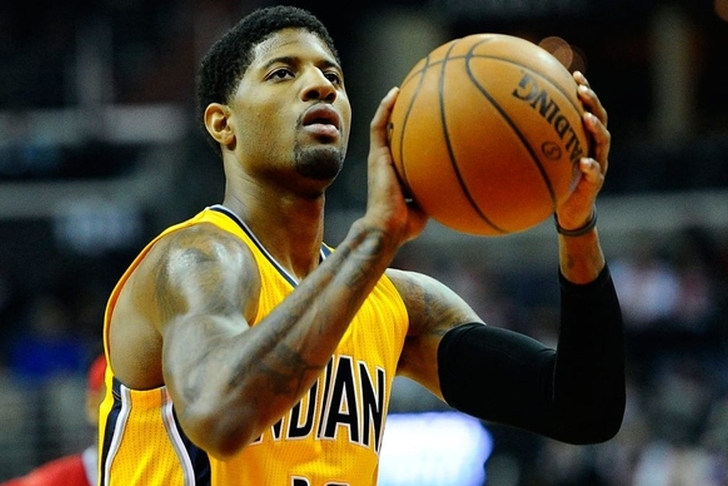 The Indiana Pacers got off to a strong start after the All-Star break, pulling out victories over the Oklahoma City Thunder and Orlando Magic, but went on to lose four of their next five games to slide back towards the bottom of the Eastern Conference playoff picture. However, a few big games from Paul George has this team trending in the right direction after a successful week.

The team did make one big move off the court, signing point guard Ty Lawson, who cleared waivers after being bought out by the Houston Rockets. He is expected to serve as the team's backup point guard behind George Hill.

Let's get you up to speed with the week that was and the week ahead with our Pacers Weekly update:

Last Week:
On Monday, Indiana had perhaps their strongest performance of the week, going back and forth with the Eastern Conference-leading Cleveland Cavaliers. The two sides traded the lead countless times throughout the course of the game, but it was the Cavs who made the plays they needed to down the stretch to emerge victorious. The game was marred by a bit of controversy as Paul George's three-pointer with just minutes to play was nullified on replay, keeping Cleveland within striking distance.

Indiana was able to use the momentum they got from that game over the rest of their four-game road trip, as 104-99 win over the Milwaukee Bucks immediately followed that win over the Cavs.

The Pacers did blow a fourth-quarter lead on Friday to lose to the Charlotte Hornets for the second time in two weeks, but responded on Saturday with a 100-99 win over the Washington Wizards. George hit two free throws with three seconds left to give them that win, capping off a 38-point night.

What's Next?
The Pacers will then return home when they host the San Antonio Spurs on Monday, March 7, but then have the week off before hitting the road again. Indiana travels to take on the Dallas Mavericks on Saturday, March 12 and the Atlanta Hawks on March 13. Read more Pacers news in the Chat Sports iPhone and Android apps.

Injuries:
Forward C.J. Miles has been sidelined for two weeks with a strained left calf, and the Pacers haven't commented about his long-term prognosis, other than saying he is "day-to-day."

What They're Saying:
Paul George Leads the Indiana Pacers Past the Washington Wizards