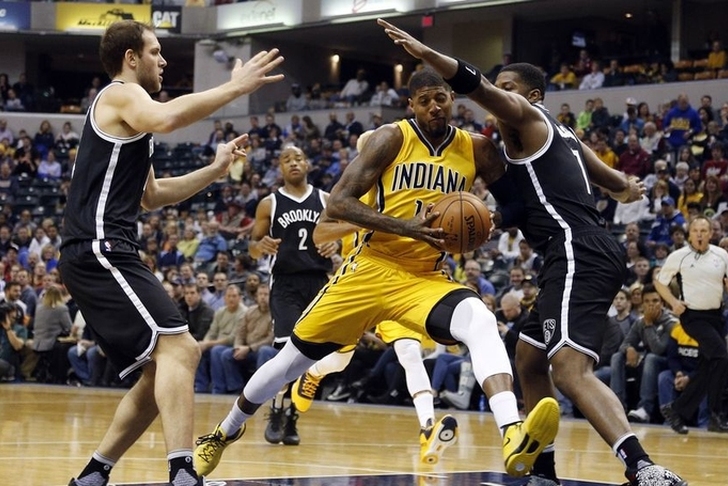 Indiana Pacers forward Paul George was fired $35,000 on Saturday for criticizing NBA officials and using profanity in a live television interview following the team's 104-97 win over the Brooklyn Nets on Friday night.

"The stripes [were] terrible," George said to the team's local TV broadcast partner, Fox Sports Indiana. "We [had to] go out and just play. The way this game was going and how they [were] calling it, we had to play. ... It's frustrating, but hopefully the league does a better job of looking at s--- like this."

George was visibly frustrated all game long, showcasing his displeasure as call after call didn't go his way. Late in third quarter, George's coach, Frank Vogel, received a technical after an obvious foul wasn't called on a George drive to the basket. Vogel declined comment after the game.

Per an Indianapolis Star article, George said that the inconsistency with foul calls "has been going on for a long time."

"It's frustrating when the guys I'm matched up with have less fouls than I do, and they're not attacking as much as I'm attacking," George said on Friday.

The Pacers star finished with 23 points and 10 rebounds against the Nets, but also committed seven turnovers.