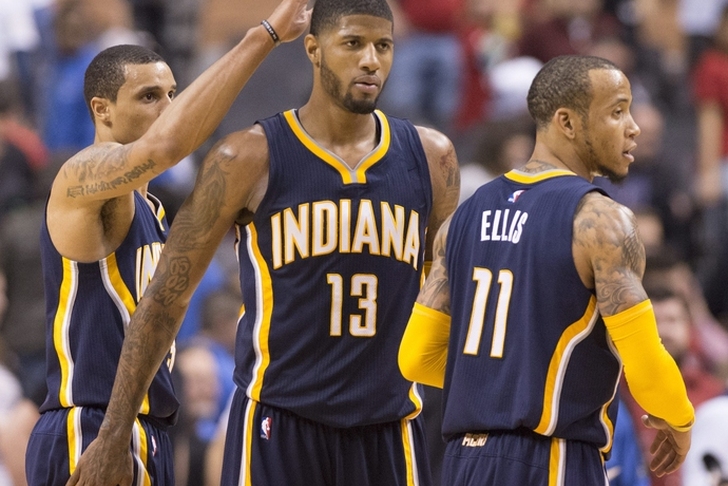 The Indiana Pacers evened their NBA playoff series with the Toronto Raptors at 2-2 thanks to a 100-83 Win Saturday. The Raptors fell behind 28-16 after the first quarter and were never able to recover.

The top two scorers for the Pacers were Ian Mahinmi and George Hill. Mahinmi had one of his best playoff games ever, putting up 22 points, 10 rebounds and five assists. Hill had 22 points and no turnovers. The other Pacer to reach double figures was Paul George, who had 19.

The Kyle Lowry-Demar DeRozan combo struggled from the field. They were a combined 8 of 26 from the field and 0 for 7 from 3-point range. DeRozan finished with eight points, six rebounds and four assists. Lowry had 12 points, five assists and three boards before fouling out with just under five to play. The Raptors' leading scorer was Jonas Valaniunas with 16 points.

Game 5 of the series is Tuesday in Toronto. Tip off has yet to be announced.