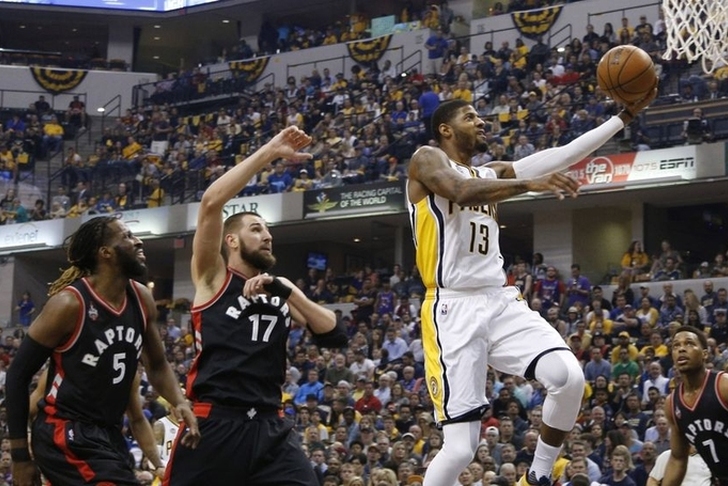 Faced with elimination in a must-win Game 6, the Indiana Pacers put forth a complete team effort and smothered the Toronto Raptors on defense, winning 101-83.

But the real story was Indiana's defense, which held the Raptors to 37 percent shooting on the night and forced 16 turnovers. The team really turned up the heat in the second half, outscoring Toronto 31-20 in the third quarter before holding the East's No. 2 seed scoreles through the first five minutes of the fourth.

The Raptors' All-Star backcourt of Kyle Lowry and DeMar DeRozan never really found a rhythm, combining to shoot just 7-for-27 frrom the field. DeMarre Carroll led the Raptors with 15 points.

Game 7 will take place on Sunday back at the Air Canada Center in Toronto.