Pacers Clinch Playoff Spot And No. 7 Seed With Win Over Hawks, Eliminate Heat 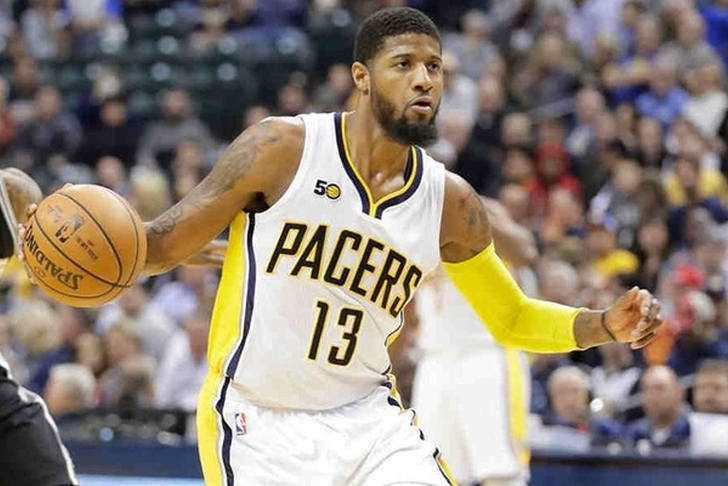 The Indiana Pacers have clinched a playoff spot and the No. 7 seed in the Eastern Conference with a 104-86 win over the Atlanta Hawks Wednesday night. With the Pacers win (and a previous loss by the Chicago Bulls), the Miami Heat have been eliminated from playoff contention, despite a 110-102 win over the Wizards. The Heat needed a win and a Pacers or Bulls loss to make the playoffs.

Paul George carried the load for the Pacers, especially in the 4th quarter, with 32 points and 11 rebounds. Jeff Teague chipped in 19 points and 7 assists, while Myles Turner had 16 points. However, Teague left late in the fourth quarter with an ankle injury. Lance Stephenson was, well, Lance Stephenson. He had 4 points, 10 rebounds, 6 assists and 3 turnovers.

The Pacers benefitted from the Hawks sitting most of their key starters. The Pacers will now face the Cleveland Cavaliers in the first round of the Eastern Conference. The Cavs are the No. 2 seed following a loss to the Raptors.

With the starters out, Ersan Ilyasova and Jose Calderon led the way for the Hawks. They combined for 27 points, with Ilyasova putting up 15. Five Hawks reached double-figures.

Check out the Chat Sports App for full NBA Playoff seedings and schedules once they're released!