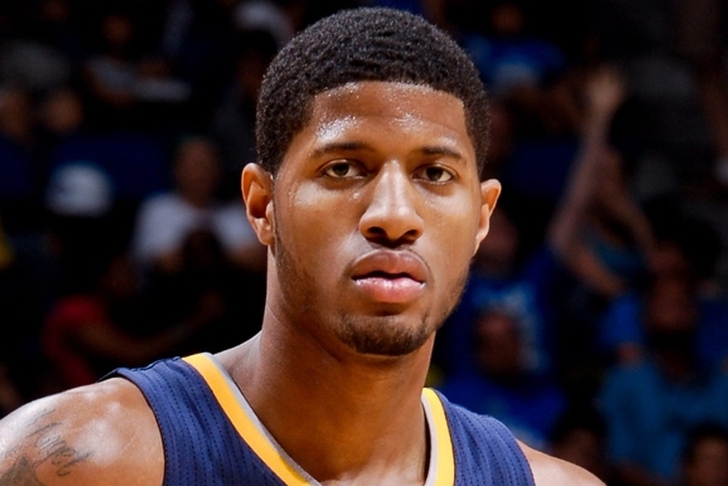 Let's make one thing clear -- Oklahoma City Thunder guard Russell Westbrook was an extremely deserving recipient of the 2016 NBA All-Star Game award. He lit up Toronto all night long. However, Indiana Pacers swingman Paul George was that much better in a losing effort, going off for 41 points in the East's 196-173 loss to the West.

With that being said, here's 3 reasons why George should have taken home MVP honors in Toronto.

Westbrook scored 31 with eight rebounds and five assists. George had just five rebounds and one dime, but his scoring barrage on 16-of-26 shooting (9-of-19 from three) should have been more than enough to give him the nod. More on Paul George's record All-Star Game performance inside Chat Sports' iPhone and Android apps!

2. The Storyline
We wish the TNT commentators would have fleshed this out more on the broadcast, but Sunday's performance was the pinnacle of George's emotional comeback from a broken fibula suffered during a Team USA scrimmage in August of 2014.

He missed 76 games last season due to recovery, and looked out of sync when he did finally return. Sunday's performance was a culmination of a long road back for a guy who many wrote off as a tragedy after the freak accident -- a showcase of intent to reclaim his spot as one of the game's elite crossover stars.

1. What Does Winning Mean Here?
Nobody played defense on Sunday, except for when the West double-teamed George late to keep him from breaking Chamberlain's record. We'd understand the decision to crown Westbrook a little more if either team really cared about the final score.

As evidenced by the volleys of uncontested shots and dunks on both ends, Sunday was about individual stars doing their thing. Nobody "did their thing" at the level George did. He transcended the festivities with an all-time performance that'll go down as the best non-MVP outing in game history.

It's a shame, really.