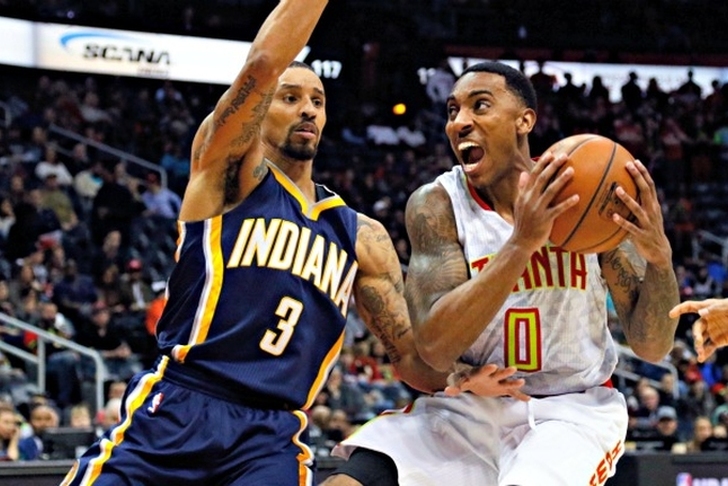 The Indiana Pacers have acquired point guard Jeff Teague in a three-team trade with the Atlanta Hawks and the Utah Jazz, according to The Vertical's Adrian Wojnarowski.

Sources: Utah is sending the No. 12 pick in Thursday's Draft to Atlanta as part of deal that sends George Hill to Utah, Teague to Indy.

Indiana also plans to start working with Teague immediately on a long-term extension as he enters the last year of his current contract.

Atlanta has been shopping Teague after backup PG Dennis Schroder told Atlanta in the preseason that he wanted to be the starter or would sign elsewhere in free agency.

For Utah, they have been looking to add a veteran point guard, and this likely means that they will try to trade Trey Burke this offseason.