Everything You Need to Know About Pacers' 2015-16 NBA Season 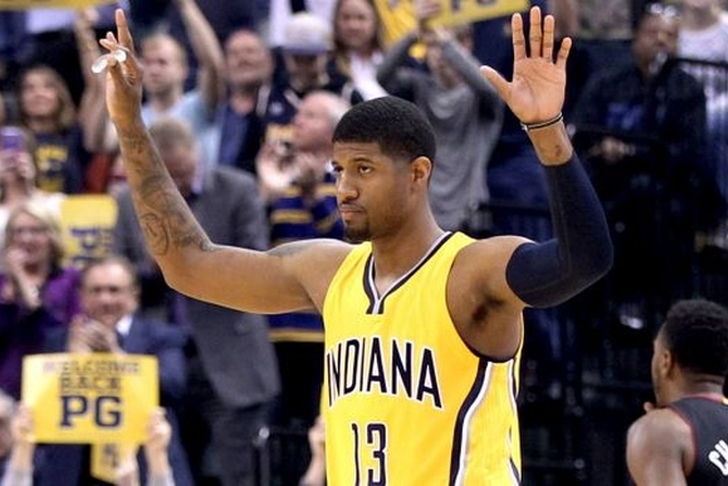 The Indiana Pacers went through a very disappointing 2014-15 season, yet almost found a way to make it into the playoffs. Only two years removed from winning the Eastern Conference in the regular season, this team is expected to rebound in a big way. Here's what to expect from the Pacers this year:

George was expected to miss the entire 2014-15 season after suffering a gruesome broken leg during a Team USA scrimmage, but he managed to return at the end of the year to contribute off the bench. However, he was playing on a minutes restriction and the injury was obviously still bothering him. Expect him to return to his All-Star status with another full offseason to heal.

How will they adjust to small ball?

Indiana has been a defense-first team playing with multiple big men on the court under head coach Frank Vogel, but they're completely changing philosphy this year and going to smallball. The change involves moving to a guard-heavy system that has George, a natural shooting guard, playing power forward - something he's not happy about. The transition will be fun to watch this year.

Can they return to their perch atop the East?

A return to the top seed in the Eastern Conference is likely out of reach, but there's no reason to think that the Pacers won't make the playoffs. George's return will go a long way in getting them there, as will free agent prize Monta Ellis' scoring ability.

Pacers Trim Roster To 16 Ahead of Monday Deadline

Mark's Mailbag: How Many Minutes for Robinson III?

The Pacers will be better, but the East will be much better as a whole, exposing their lack of depth and size. I think they'll get close to winning 50 games but will finish behind the Cavs, Bulls, Hawks, Heat, and Wizards.