WATCH: Is Paul George Already On The Way Back From His Major Leg Injury? 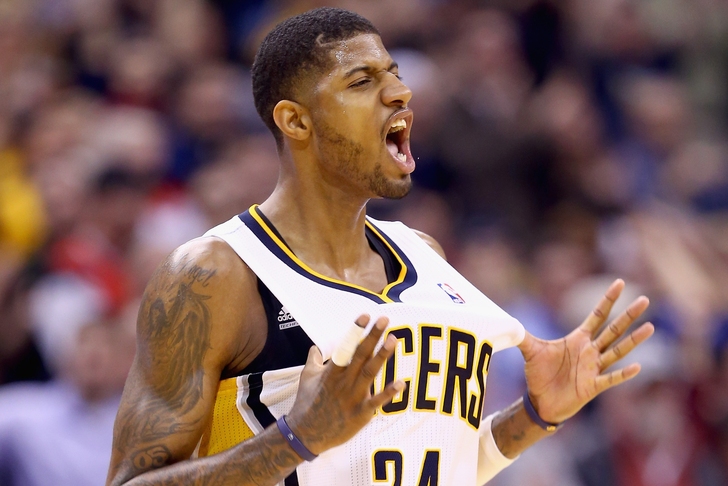 When Indiana Pacers star Paul George broke his leg in gruesome fashion on August 1st, all reports indicated that George's season was done.

Many were surprised when George was walking around with just a slight limp at Indiana's media day. Even more will be surprised when they see this next video of Paul George nailing jumpers just under three months since his injury:

What does this mean for a George return? Is it coming sooner than expected?

This video might give all Indiana Pacers fans (and fans of good basketball) a reason to be optimistic.

Thanks to DeadSpin for the find.