Pacers Rumors: Could The Pacers Fire Frank Vogel And Bring In Larry Bird As Head Coach? 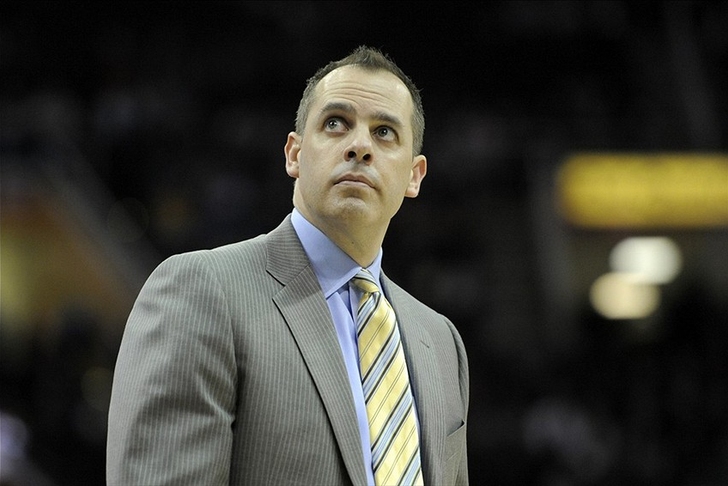 Rumors are swirling around the capsizing Pacers, with the questions piling up even faster than the losses.

Indiana is clinging to a .500 record since the All-Star break, and the Pacers only have their early success keeping them from sliding any further than 2nd in the Eastern Conference standings. Frank Vogel's job security hasn't been a topic of discussion in the past, but blowout losses to Charlotte, Cleveland and Atlanta have raised the temperature on Vogel's seat.

According to Bob Kravitz of the Indianapolis Star, there's a chance - albeit a slim one - that Pacers President Larry Bird could dump Vogel and take over as head coach before the playoffs start. Kravitz gives the move a 5% chance of happening, but if Indiana can't go 2-2 in a final stretch that includes Milwaukee and Orlando, those odds could go up in a hurry.

Bird is no stranger to coaching - he took the Pacers to the NBA Finals back in 2000, and won the NBA Coach of the Year award in 1998. He hasn't coached since resigning after the 2000 season, but it sounds like patience with Vogel is wearing thin enough that he could make an unprecedented return to the bench if he feels such a drastic change is neccessary.

Even if the Pacers decide to stick with Vogel, he'll need a deep playoff run to keep his job safe - anything short of the Eastern Conference Finals might not be enough after Indiana's recent turmoil.