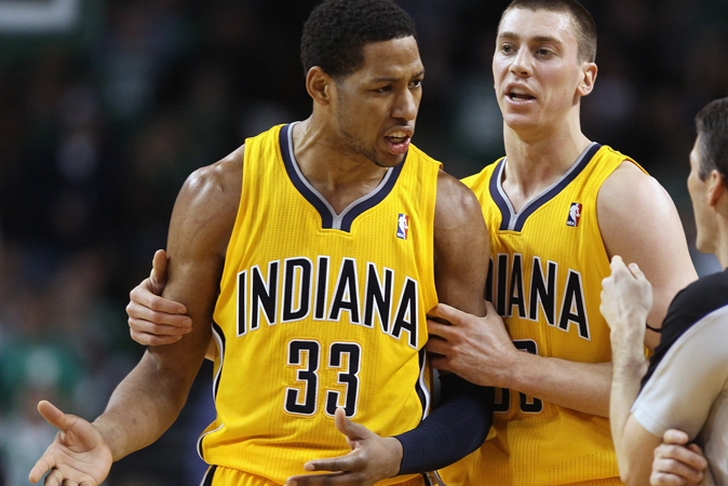 In today's Pacers news update, the possibility of a return for Danny Granger to the Indiana Pacers may hinge on Lance Stephenson's decision on his impending free agency.

Per Nicholas Barker of Rant Sports, "the Pacers are entering a tipping point as far as their core group of players. In just a short time we will know the fate that awaits Lance Stephenson and if he decides to sign with the Pacers or looks elsewhere for more money. If he ends up leaving the team, they will now have a good amount of money to play with which opens up the possibility to bring Granger back to the team that drafted him."

Granger decided not to accept the $1.36 million player option in his deal with the Los Angeles Clippers, instead opting to test the free market.

Many have singled out the trading of Granger to Philly for Evan Turner and Lavoy Allen as the turning point for the team's chemistry in 2013-14.

Regardless, if Granger fits a need for the Pacers and can provide assurance that his injury history will not limit is effectiveness, it is feasible that a reunion could be in the works.