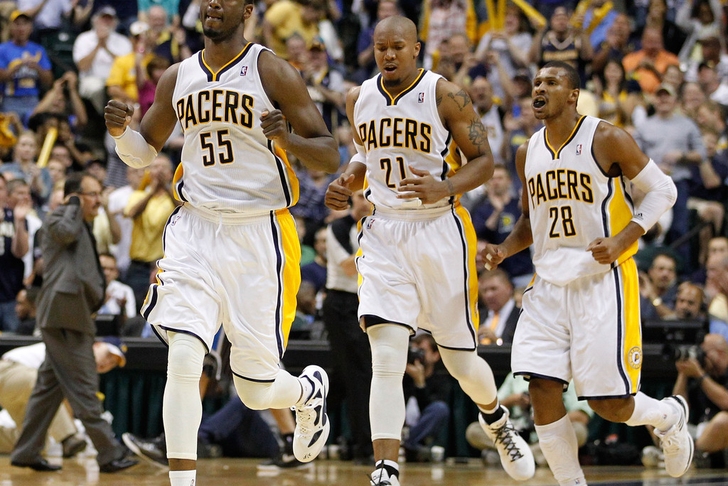 In tonight's Pacers news update, once-celebrated Indiana Pacers center Roy Hibbert may be finding himself in the position of scapegoat after the Pacers' six-game defeat at the hands of the Miami Heat in the Eastern Conference Finals.

Per ESPN.com's Brian Windhorst and Mike Wells (via Zach Buckley of Bleacher Report), Hibbert's public statement in March that there the Pacers locker room contained "some selfish dudes" is being singled out as one of the key starting points for the team's decline:

As one person with knowledge of the situation put it: 'It divided the locker room big time.' The Pacers didn't become one of the best teams in the league on talent alone. Their chemistry—until about February—was a strong bond that appeared unbreakable. But Hibbert, according to sources, defied a core belief of the team, which is to keep dirty laundry in-house.

According to Marc Stein of ESPN.com, this could very well lead to the end of Hibbert's time in Indiana:

There is said to be some thought on both sides—management and Hibbert's—that a fresh start would be beneficial for everyone after the big man's second-half decline.

Hibbert's camp hasn't outright asked for a trade, sources say, but word is that it wouldn't exactly oppose one if the Pacers decide to actively shop their center

Hibbert has two years and $30 million left on his current deal. He can opt out of his contract at the end of next season, however, due to year two being a player option year.

All of this could make it very tough for the Pacers to find a suitor for Hibbert that would be willing to play ball with them in the trade market.