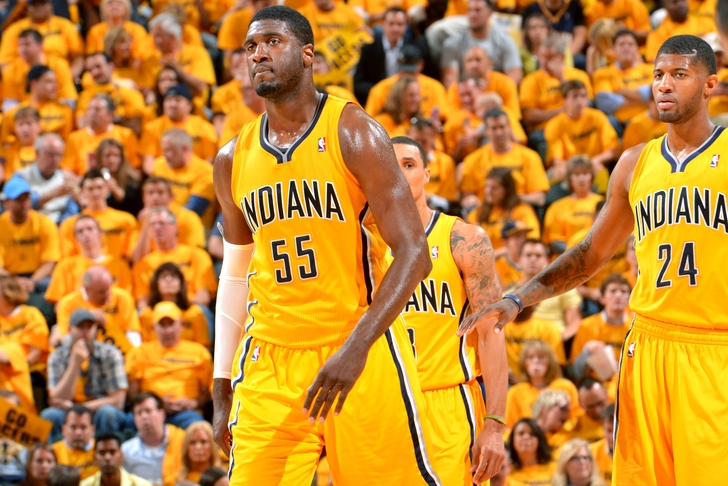 Can't get enough Pacers news and rumors? Be sure to download our 5-star iPhone app today!

Indiana Pacers center Roy Hibbert was a lightning rod for criticism during the second half of the 2013-14 NBA season and the 2014 NBA Playoffs.

Part of that criticism was directed towards Hibbert's social media usage and the persona that people gleaned from his repeated responses to criticism on Twitter and Instagram.

"I had to change," Hibbert said, via Candace Buckner of the Indianapolis Star.

"I made a conscious decision. The way that I played the last playoffs and the second half of the year, whatever I say is going to be scrutinized. So I say, the best way (is) to pull back a little bit because people think you're going to be focused on the wrong things."

So far it is working wonders for Hibbert, allowing him to zero in on improving his game for a Pacers team who needs him more than ever follow Paul George's major leg injury.