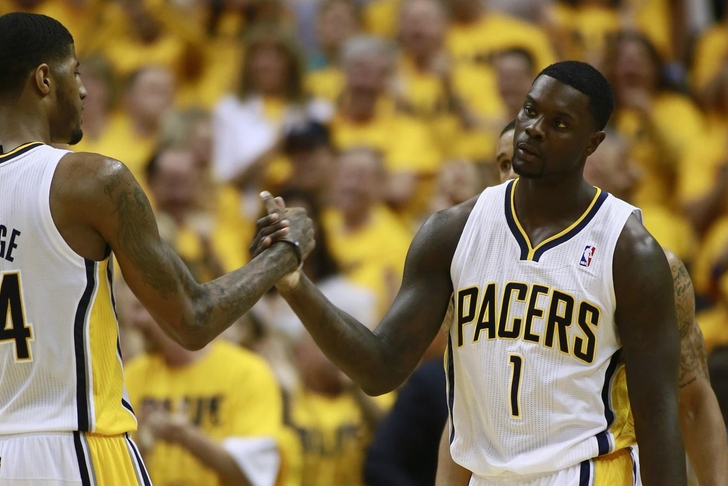 In today's Pacers news update, Paul George's now-infamous lack of an answer to whether or not he wanted Lance Stephenson to come back to the team in 2014-15 might not have been what people made it out to be.

Per Brett Pollakoff of NBC's Pro Basketball Talk, George told 1070TheFan.com that his original "I don't know" was taken the complete wrong way:

Pollakoff believes that George's "true feelings" on Stephenson's antics during the Eastern Conference Finals came out in that "I don't know," with George now backtracking to mend fences.

Either way, nothing is guaranteed with Stephenson one way or the other when it comes to a possible return.