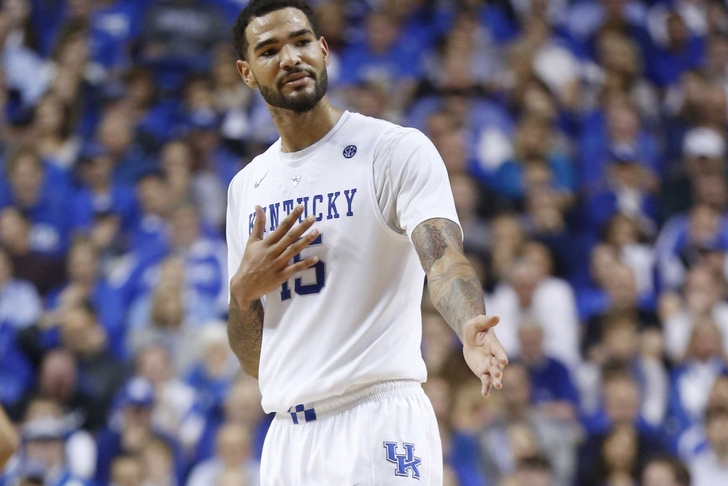 Former Kentucky Wildcats big man Willie Cauley-Stein is projected to land somewhere in the top ten of the 2015 NBA Draft, if not the top five. According to Indiana Pacers president Larry Bird, he's well worth it.

From Candice Buckner of the Indianapolis Star:

Willie Cauley-Stein on his meeting with the Pacers: "Larry [Bird] told me, 'I think you're a $100 million dollar player.' I hear that and I'm like, 'Really?!' "

Willie Cauley-Stein said that he will have a workout with the Pacers in the near future.

Willie Cauley-Stein on Pacers: "They see me as a player in the five position & put Paul [George] at the four. Now I'll have a mismatch."

All rookie deals have set values, so Cauley-Stein won't be able to pick up a $100 million haul until after his rookie contract expires. However, Larry Bird is confident that Cauley-Stein will command such compensation as he approaches the prime of his career.