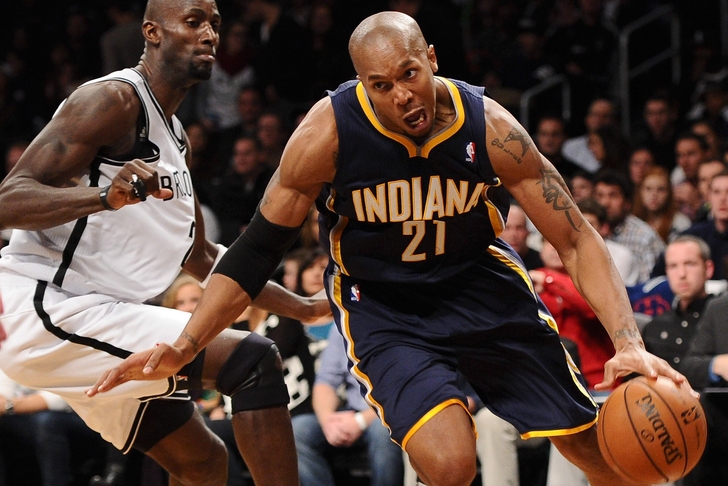 Can't get enough Pacers news and rumors? Be sure to download our 5-star iPhone app today!

As reported by the Indiana Pacers' official Twitter account, David West went down with an ankle injury during the team's preseason matchup with the Dallas Mavericks on Sunday:

David West goes down to the floor in pain, grabbing his ankle. He's helped off the floor by his teammates.

Multiple reports indicate that he rolled his right ankle after being blocked from behind by a Dallas defender. He yelled out in pain almost instantly and could put no weight whatsoever on his injured ankle.

At this point, the initial word is a ankle sprain. However, the Indiana Pacers will undoubtedly conduct several tests of their own both in-house and out-of-house before making any final judgments on how long West will be out.