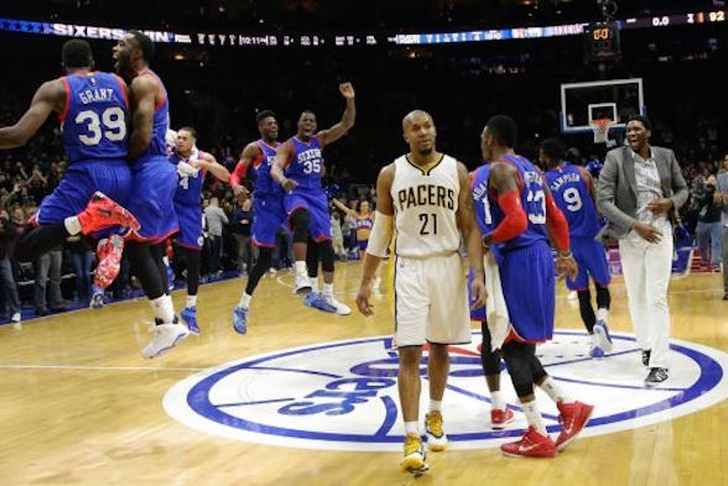 The Indiana Pacers suffered a 93-92 loss to the Philadelphia 76ers on Saturday, dropping Indy to 15-24 on the season.

After the game, veteran forward David West, who scored 28 points in the loss, offered praise to the Sixers:

"They play hard. They compete. They're just young," he said. "We knew this wasn't going to be an easy game, particularly coming in here; (the) crowd was fired up. We had a chance to separate ourselves from them early, (but) our defense ... we weren't able to contain (them). If they weren't scoring, we were sending them to the free-throw line. It just hurt us in the end."

Indiana's next game is Tuesday against the Minnesota Timberwolves.

Follow our Indiana Pacers team page for all the latest Pacers new and rumors!