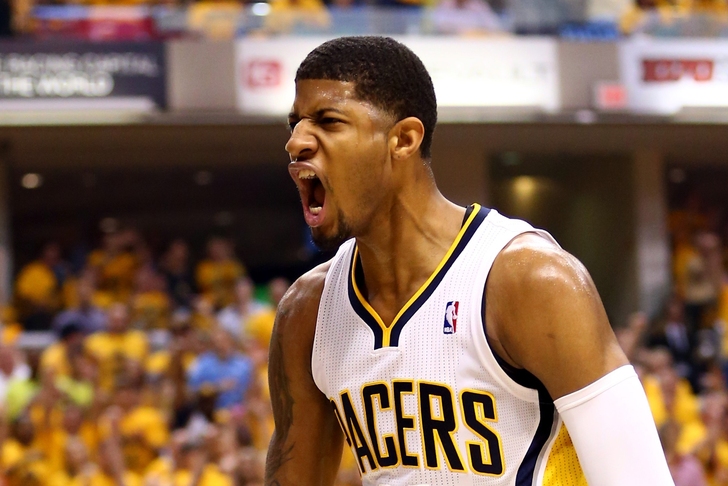 In today's Pacers news update, when Indiana Pacers star Paul George landed a spot on the All-NBA Third Team on Wednesday, George reaped a huge payday along with the honor.

Per Brian Windhorst of ESPN.com, "as part of the contract that George signed with the Indiana Pacers last summer, making the All-NBA team activates a bonus of nearly $7 million in that deal, according to sources."

George is the third player since 2011 to benefit from the so-called "Rose Provision," which is a high escalator bonus added to some max contracts.

According to Windhorst, "this is due to an element in the collective bargaining agreement installed three years ago. It allows for a player on a maximum contract to get a significant raise if he wins MVP, gets voted to start in two All-Star games or is named to two All-NBA teams before the max contract kicks in. George's new contract begins this summer."

Derrick Rose was the first to take advantage of this installation, thus the namesake. Blake Griffin was the second player to qualify for said provision.