How Do the Pacers Replace Paul George? 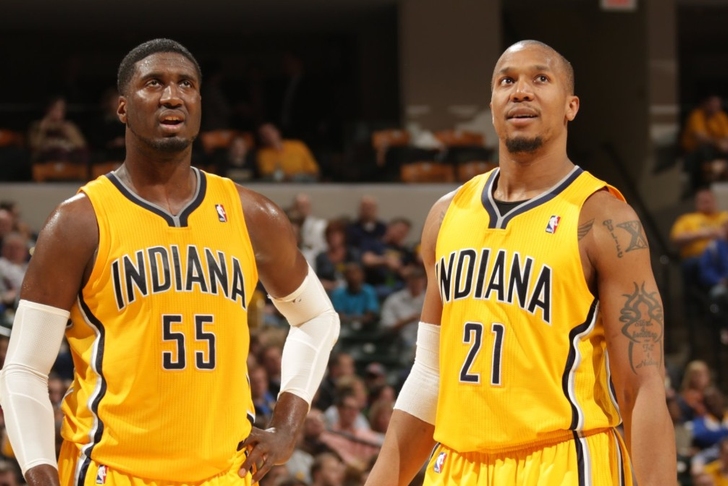 When Paul George gruesomely broke his leg during the Team USA Showcase, many thought the Pacers chances of winning an NBA Championship went down with him.

However, president of basketball operations Larry Bird and head coach Frank Vogel still think that this team can make a run for a title. How can they do that?

I don't care if it takes a fishing trip before every game, Hibbert is now Indiana's most important player. We all know how great he is on the defensive side of the ball, but his low post game is just as effective when he's on. In the past, he's been way too inconsistent on that end of the floor to be a focal point. Now, the Pacers don't really have a choice.

George Hill and C.J. Miles need to step up their games

Paul George and the now-Charlotte Hornet Lance Stephenson were the two most dangerous offensive weapons Indiana had, and now the only person that scares you is David West (literally). West will do what he's done throughout his whole career, but the points have to come from somewhere. If Hill and Miles can provide an added punch in the backcourt, they won't miss them as much.

We know Indiana is already one of the best defensive teams in the league, but they'll have to take it up another level. If you can't score, you have to make sure the other team doesn't score, either.

If they can do all three of those things, then maybe, just maybe, the Pacers will have a punchers chance in the weak Eastern Conference.