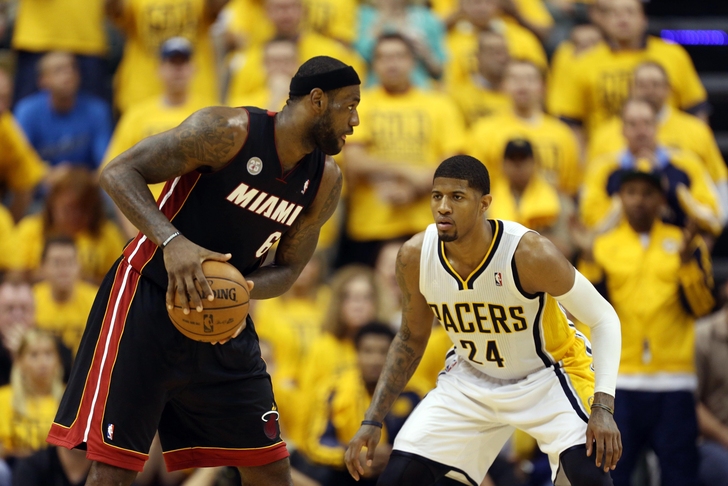 Game one of the Western Conference Final matchup between the Miami Heat and the Indiana Pacers will take place tonight at Bankers Life Fieldhouse in Indianapolis, with tipoff scheduled for 3:30PM EST.

LeBron, Wade say Udonis Haslem will start Game 1 (All U Can Heat)

Pacers/Heat preview: A series one year in the making (Chat Sports)

The Pacers need Lance-a-lot (Official Site of the Pacers)

Despite owning the top seed in the Eastern Conference, the Pacers are being viewed as distinct underdogs in their match-up with the Miami Heat -- and perhaps for good reason. The Pacers are just 3-4 at home in these playoffs, and have been lost offensively for the better part of two months or so. The team is also starting to admit to some of the faceless internal strife which has been rumored to be enveloping the club, but will it matter against a Heat that won 8-of-9 to quickly dispatch the Bobcats and the Nets?

The Heat have been a well-oiled machine in the 2014 NBA Playoffs, but it almost seems like their "real" season begins here. The Pacers have been constructed to stifle the Heat at what they do best, so its up to LeBron James and company to reassert their ability to rise to the occasion -- evolving their game to do so as this physical series wears on.