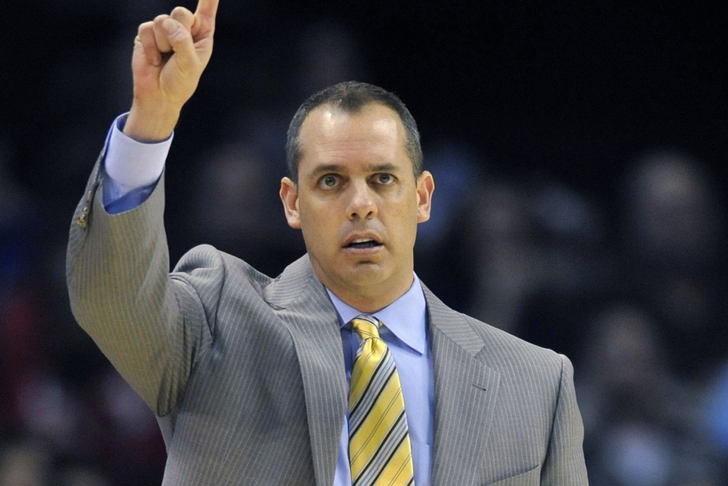 Despite a messy exit (on several levels) from the 2014 NBA Playoffs that had some Pacers news outlets calling for his job, Indiana Pacers head coach Frank Vogel will be retained by the team for the 2014-15 NBA season, according to NBA sources close to ESPN.com.

Per Brian Windhorst of ESPN.com, "after a fantastic start, the Pacers were just 23-19 in the second half of the season and were in danger of being upset by the No. 8 seed Atlanta Hawks in the first round of the playoffs, leading to speculation that his job may be in jeopardy."

Vogel has led the Indiana Pacers to the back-to-back Eastern Conference Finals appearances - both of which ended in losses to the Miami Heat.

Despite criticism for his seemingly passive response to several outbursts from his players during the 2014 NBA Playoffs, Vogel's calm demeanor is still being coveted by the team as an essential part of their upcoming growing process.

Special thanks to Yahoo! Sports for originally breaking the story.

Follow our Indiana Pacers team page for all the latest Pacers news!