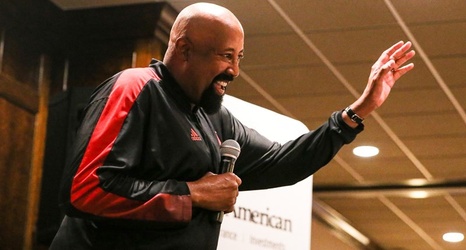 BLOOMINGTON, Ind. – Mike Woodson braces for speed -- in his coaching and in his Indiana players' development.

And if he gets it, well, one thing is as sure as a Steph Curry jump shot:

Patience has its limits when championships top the priority list.

"I took this job for one reason," Woodson insists, "and it's to win the Big Ten and national titles."

The return of All-American Trayce Jackson-Davis, plus key veterans such as Race Thompson, Xavier Johnson, Jordan Geronimo and Trey Galloway, combined with the addition of a top-five recruiting class has the Hoosiers joining Michigan as Big Ten title favorites, and perhaps a lot more.