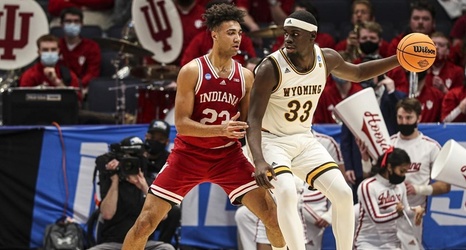 BLOOMINGTON, Ind. - Indiana University men's basketball All-American forward Trayce Jackson-Davis has announced he has withdrawn from the 2022 NBA Draft and will return to play his fourth season with the Hoosiers. Due to COVID, Jackson-Davis will technically have two years of eligibility should he choose to use it.

Jackson-Davis enters his fourth season with the Hoosiers ranked 15th all-time at IU in scoring (1,565), 19th in scoring average (16.9), 9th in rebounds (797), 7th in blocked shots (178), and 7th in field goal percentage (55.8). He was named a third-team All-American as a sophomore, has earned All-District honors each of the last two seasons, and has been a third-team, first-team and second-team All-Big ten choice in his first three campaigns with the Hoosiers.