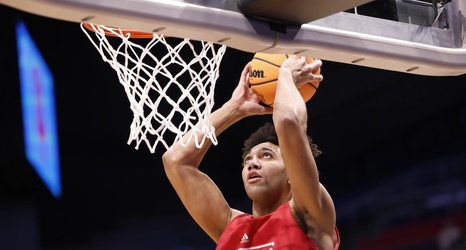 Indiana men’s basketball’s Trayce Jackson-Davis will exit the NBA Draft process and remain with the Hoosiers for the upcoming season, according to his official Twitter.

Jackson-Davis declared for the NBA Draft in April, but left the possibility of returning to college open. Now, after weeks of teammates and friends around college basketball asking about his decision on Twitter, he has decided to return.

Jackson-Davis led the Hoosiers in scoring, rebounds and blocks last season with 18.3 points per game, 8.1 rebounds per game and 81 total blocks. Now he’ll return to bolster his growing chemistry with Xavier Johnson.