The Purge Has Begun 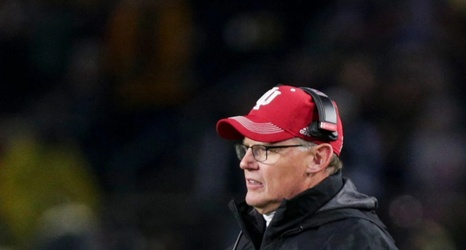 Thinking of leaving this up as a running blog, assuming there will be more coaching changes to come this offseason.

Less than 24 hours after yet another miserable effort from the 2021 Indiana football team, Tom Allen announced that he was taking a pay-cut and firing offensive coordinator Nick Sheridan. Probably the best or most significant part about this is the apparent urgency on Allen’s part, since there was some concern that he could be reluctant to fire a good friend.

The offense this season finished second to last in the Big Ten in points per game, scoring fewer than ten points on six separate occasions, including being shut out by Penn State.