Team Effort Takes Down the Hawkeyes 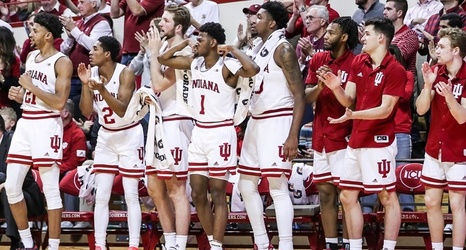 BLOOMINGTON, Ind. - On a night that saw some great individual performances, the Hoosiers beat Iowa because they played as a team.

Indiana beat the Hawkeyes in Simon Skjodt Assembly Hall 89-77 not because senior Devonte Green scored 27 points on 7-of-15 shooting. It wasn't because freshman Trayce Jackson-Davis posted his seventh double-double of the season with 17 points and 10 rebounds. It wasn't because redshirt sophomore Race Thompson tied a career-high with 10 points off the bench.

IU won because Green took just four shots after halftime despite scoring 18 points on 5-of-11 shooting in the first 20 minutes.