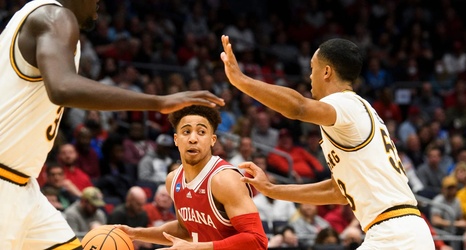 In the final three games of former Indiana guard Rob Phinisee’s career with the Hoosiers, in which he played a combined 42 minutes in two NCAA tournament games plus the team’s appearance in the Big Ten tournament semifinals, the senior went scoreless, having attempted just seven shots in the three appearances. It was, unfortunately for Phinisee, Indiana and fans of the program, arguably a representative end to an Indiana career that was filled with promise but never reached the consistency or expected heights for the No. 135 recruit in the 2018 recruiting class, largely outside of two memorable game-winners against in-state foes.