Position preview: Talking depth, not the draft, at defensive line 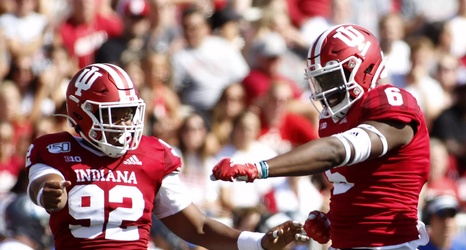 Last season, IU and IU’s opponents both accumulated 27 sacks. At the risk of oversimplifying the game of football and IU’s position in the Big Ten universe, the Hoosiers’ success on the gridiron may often boil down to how big they can grow that first number (IU’s sacks) and how small they can hold the second number (sacks allowed).

In a conference – nay, a division – in which IU’s very large adult sons on the offensive line have been tasked with stopping the likes of a Chase Young or the Bosas at Ohio State, the Rashan Garys, Chase Winoviches and Taco Charltons at Michigan, enn State’s Yetur Gross-Matos and Carl Nassib, and the latest of the three-stars-turned-NFL-draft-picks that Michigan State has churned out, most years IU will probably walk into at least half of its Big Ten games with less defensive line talent than its opponents.