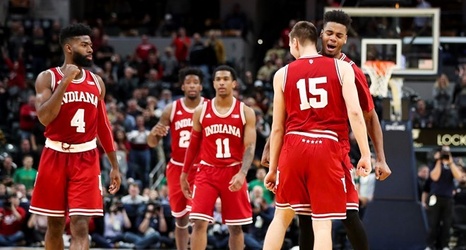 SETTING THE SCENE
• The No. 21-ranked Indiana Hoosiers (23-10) head north to face the Michigan Wolverines (23-12) in a three-game, Big Ten series. These two teams last faced off in 2019, with the Hoosiers taking two-of-three from U-M in Ann Arbor.

• This past weekend, Indiana won three-of-four games against Nebraska and Rutgers in Piscataway, N.J. IU won both of the team's contests against Rutgers and split two games with the Cornhuskers to stay atop the Big Ten standings.

• Jeff Mercer is in his third season at the helm of the Indiana baseball program.