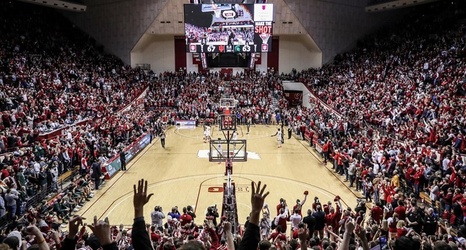 OPENING TIP
Indiana University is in its 120th season of competition in men's basketball and will complete a two-game homestand Sunday against #17 Maryland. IU is coming off a 67-63 win over #9/11 Michigan State on Thursday, while the Terrapins won at Northwestern on Tuesday, 77-66. Maryland won the previous meeting in College Park on January 4, 75-59. The two teams are tied with the best overall record among Big Ten schools at 15-4. According to ESPN's BPI, the Hoosiers are projected to have the toughest strength of schedule in the country for the remainder of the season.