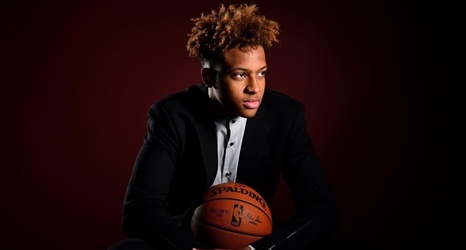 BLOOMINGTON, Ind. - Guard Romeo Langford, a former Mr. Basketball in Indiana and an All-Big Ten performer for the Hoosiers this past season, was selected with the 14th pick in the 2019 NBA Draft by the Boston Celtics, giving the Hoosiers a Big Ten best 77 selections since the league initiated the draft in 1947.

Langford, who was the third highest scorer among major conference freshmen at 16.5 points per game, is the Hoosiers 26th first round pick, which is tied for most among Big Ten schools. He also is the first Hoosier picked by the Celtics in the first round since Steve Downing in 1973.