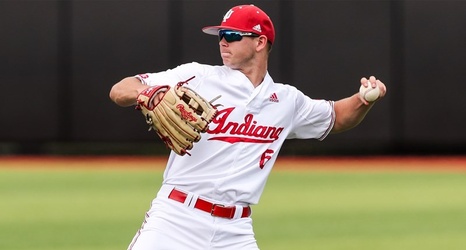 BLOOMINGTON, Ind. – Indiana University sophomore OF Grant Richardson was named the Big Ten Co-Player of the Week on Monday, the conference office announced.

Richardson shared the weekly honor with Bryce Kelley of Michigan State, while Michigan's Steven Hajjar was named the league's pitcher and rookie of the week.

In the Hoosiers' three-game series at No. 11 LSU this past weekend in Baton Rouge, La., Richardson batted 6-for-12 (.500) with five RBI, a double, a triple, a home run, four runs scored and a stolen base.

On Sunday in Indiana's 7-2 victory over the Tigers, the sophomore went 2-for-3 with four RBI, a double, a homer, two runs scored a stolen base.