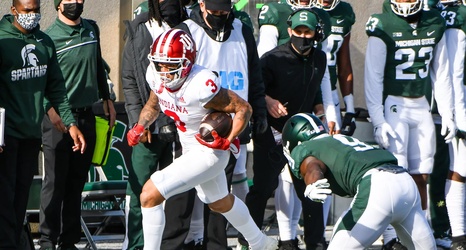 There are a couple noteworthy items in the IU athletics orbit to start the week. Let’s kick it off with football:

Ty Fryfogle and Micah McFadden each received All-American honors from the Associated Press on Monday, landing on the outlet’s third team.

Fryfogle is the first Indiana receiver to pick up All-American honors since James Hardy (second team) in 2007. McFadden, meanwhile, joins Tegray Scales (second team, 2016) as the only Hoosier linebackers to receive placement by the AP since 1987.

Entering this weekend’s Outback Bowl against Ole Miss, Fryfogle has a team-best 687 yards and seven touchdowns.