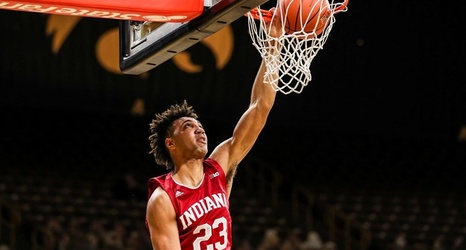 He started all 27 games last season and was the only high major player to average at least 19.0 points and 9.0 rebounds during last season. He was fourth in the Big Ten in scoring (19.1), second in rebounding (9.0), fifth in field goal percentage (51.