Indiana Basketball vs Maryland: Know your opponent, preview, and prediction 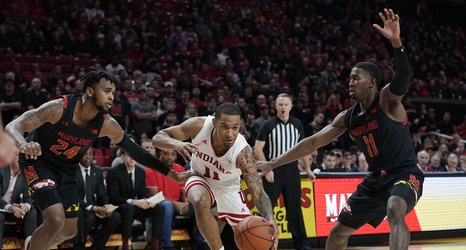 Indiana basketball is coming off of its best win of the season after topping the Spartans, winning 67-63. It was a thrilling victory that came down to a matter of inches when MSU forward Xavier Tillman barely missed a layup to tie the game with only seconds remaining. It was far from a perfect game from the Hoosiers, but they did more than enough to get the job done against a tough opponent.

Maryland is 3-2 since defeating the Hoosiers at the beginning of January, and is on a two-game winning streak. In that stretch, they triumphed over Ohio State, Purdue, and Northwestern – though down by 14 at the half, and lost to Iowa and Wisconsin on the road.