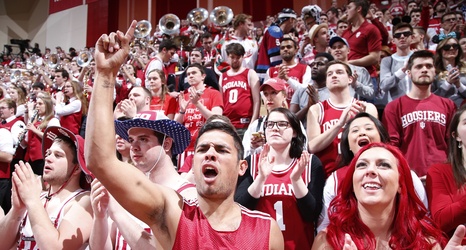 Indiana basketball has been one of the most underrated and overlooked teams this season despite two of the biggest wins of the year against Florida State and Michigan State, but on Thursday it showed that the Hoosiers are on the upswing and deserve national recognition.

The Hoosiers took down No. 11 Michigan State in Assembly Hall after a terrific game from start to finish, 67-63. It was the third straight win for Indiana and Archie Miller over the Spartans, with the two last year coming during a Big Ten season in which IU lost 12 straight games.