Indiana Basketball: Are Hoosiers a threat to win Big Ten? 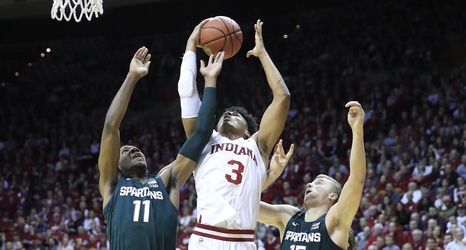 To say the Big Ten has been crazy this year would be a huge understatement. Outside of Nebraska and Northwestern, any team has proven they can beat just about anyone at home. Until this week when four road teams won, it was almost automatic that the home team would win. In the first weeks of Big Ten play, only seven road teams had won and four of those were against Northwestern or Nebraska.

Because of this, the Big Ten is wide open, but even then it looked like Michigan State was still the favorite. The Spartans, though have lost their last two road games.