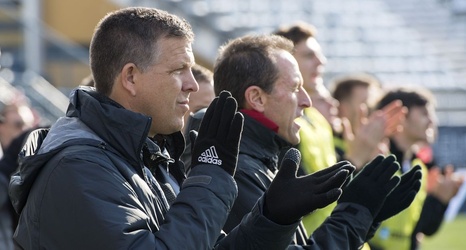 Indiana made it a double this weekend. Again.

For the third consecutive season, IU men’s soccer won the Big Ten regular season and conference tournament championships, claiming the latter with a 3-2 win in penalties over Penn State on Saturday at Armstrong Stadium. The victory marks the 11th Big Ten double in program history, and the second time ever (1996-99) that the Hoosiers have achieved the feat in three consecutive seasons.

To do it, IU had to survive the final 10 minutes of regulation — plus overtime — with 10 men after Indiana’s Joey Maher drew a red card for dragging down Penn State’s Daniel Bloyou with the Hoosiers in front 1-0 late in the second half.