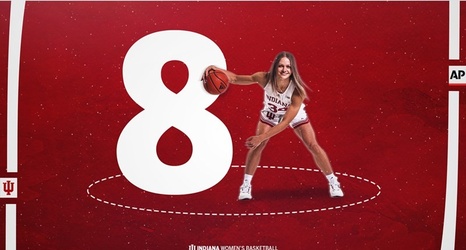 BLOOMINGTON, Ind. – Indiana women's basketball will begin the preseason with its highest ranking in school history, coming in at No. 8 in the Associated Press top 25 on Tuesday.

The Hoosiers have now appeared in the AP preseason poll for the last four consecutive seasons, marking its highest-ever ranking overall in the national poll. It leaps its No. 9 ranking, one they earned in Week 16 last season. They elevated three spots from its final ranking of 2020-21, where they finished at No. 12 and have now been ranked for a program-record 38 consecutive weeks.